The WCSO App is available free for Smartphones, iPhones, and iPads through the appropriate app store. With the recent upgrade, residents may access some of the following services using the app:

“Empowering the public through the use of information and access to services is an important part of the Washoe County Sheriff’s Office mission,” Washoe County Sheriff Darin Balaam said. “I encourage residents to install the WCSO app so they have it when they need it.” 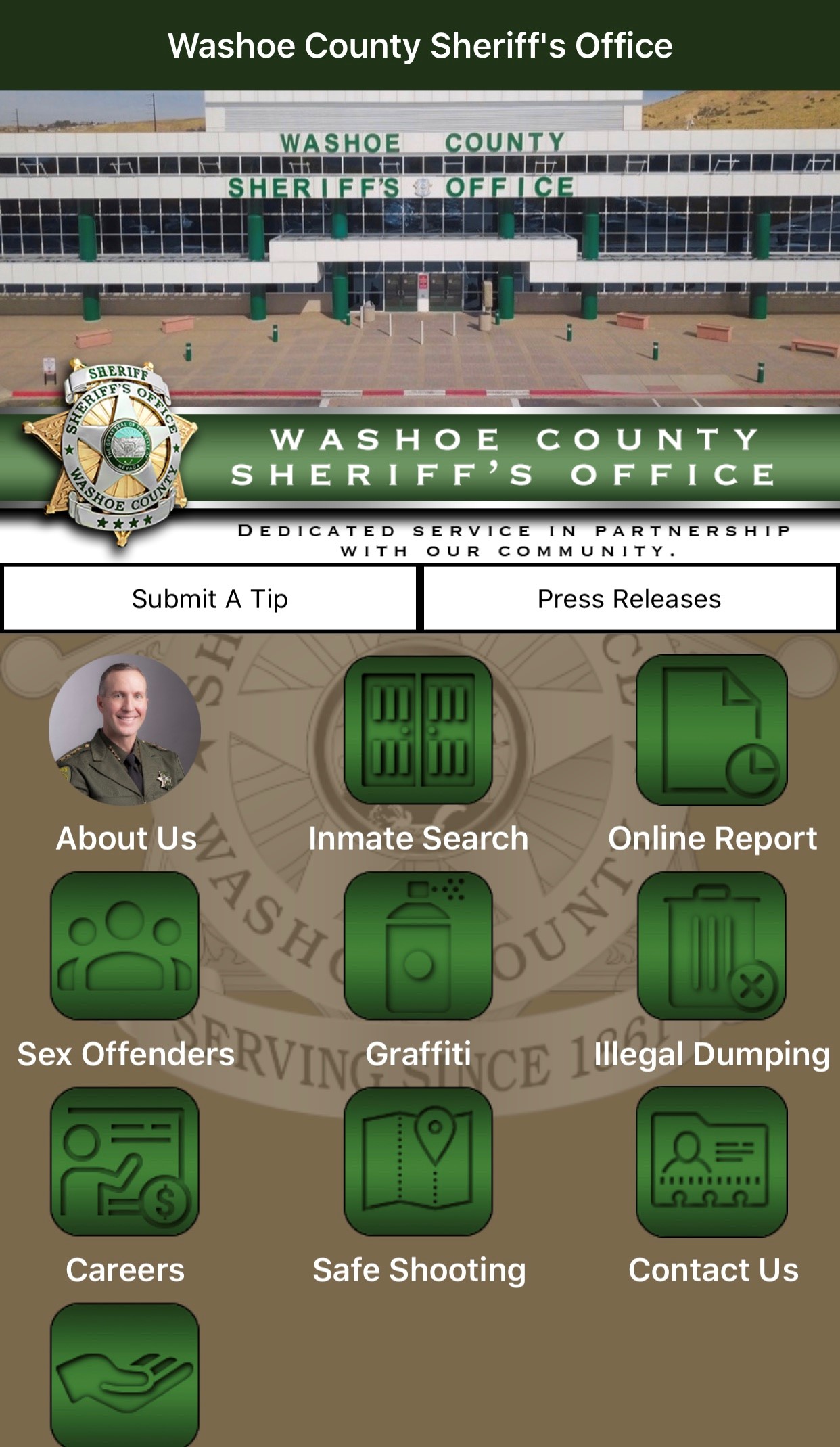