Washoe County Sheriff’s deputies issued 78 citations for distracted driving and 99 citations for speed violations as part of a statewide Joining Forces event during the middle of April. A reminder that there are far too many distractions for drivers these days.

Everyone needs to do their part and make safety a priority by slowing down and focusing on the road.

The following results are from the Sheriff’s Office portion of this campaign:

Sheriff's Office patrol staff assigned to this Distracted Driving Campaign initiated a total of 247 traffic stops. Although a driver may be stopped for one violation, several other violations may be observed during the subsequent investigation making it possible for a driver to be issued numerous citations. Total number of violations cited and arrests were 313.

The Sheriff’s Office participation in these Joining Forces distracted driving awareness and enforcement campaigns is made possible by grant funding received from the Nevada Department of Public Safety/Office of Traffic Safety.

Joining Forces is a multi-jurisdictional law enforcement program that promotes statewide enforcement in the areas of: DUI, distracted driving, seat belt, and speed and pedestrian safety. The goal of these enforcement campaigns is to save lives by increasing public awareness about the dangers of making poor choices while driving. 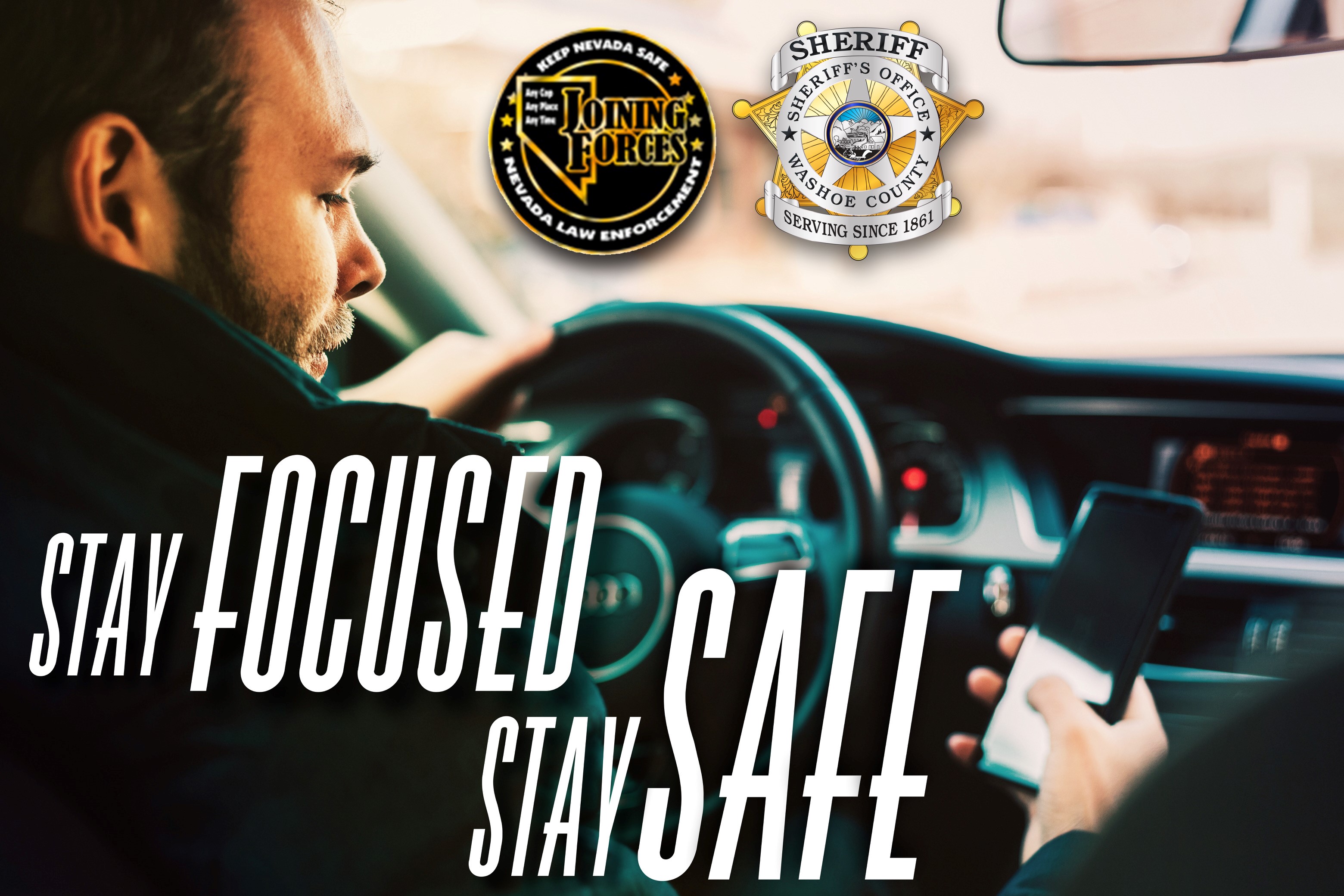