Shortly after the vehicle burglaries, a man used stolen credit cards at a big box store in South Reno. Surveillance video and photos from the store show a man purchasing items with a victim’s credit card. The man is wearing a ballcap with a unique patch. 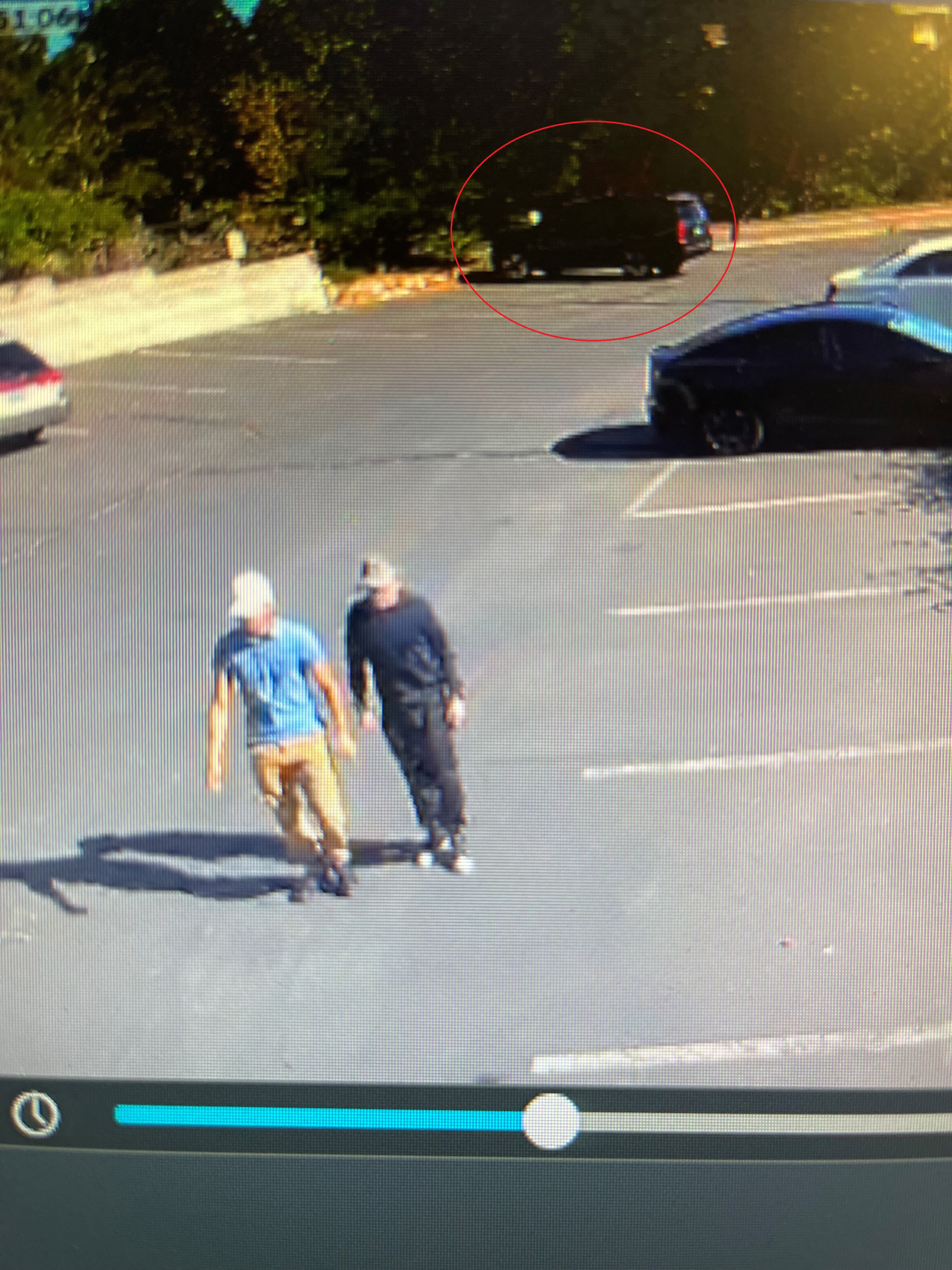 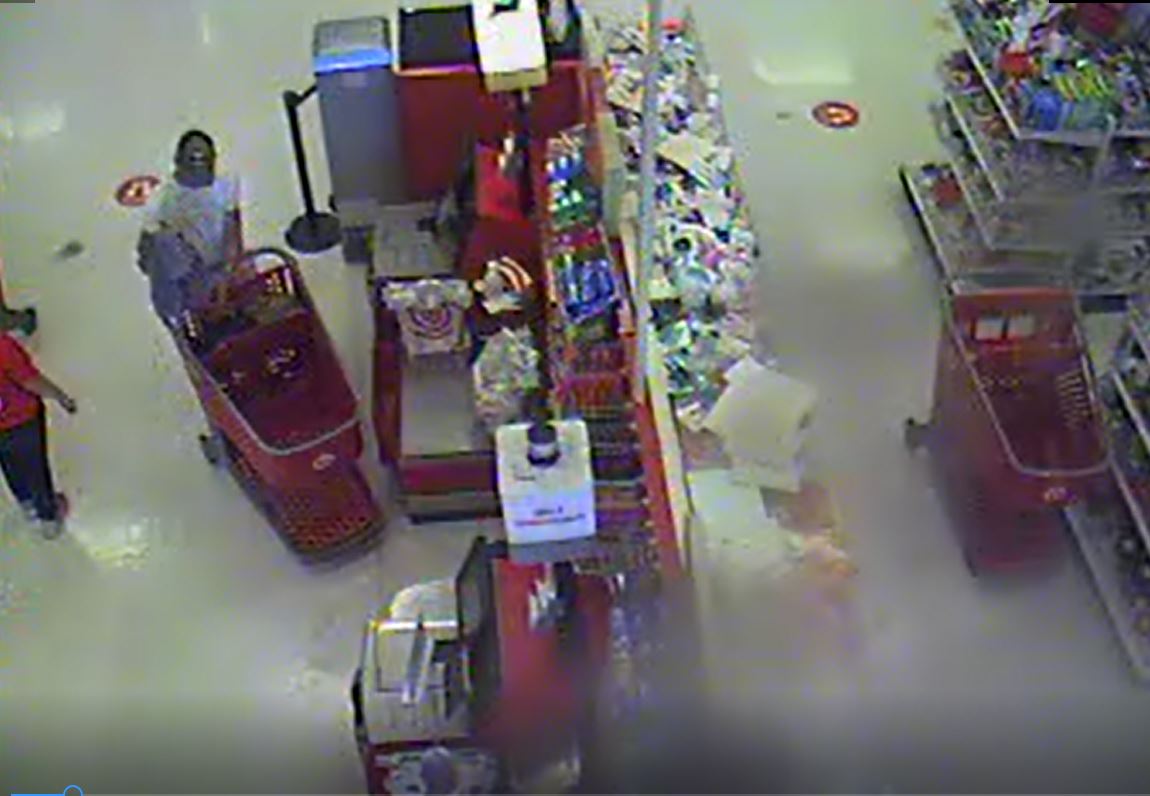 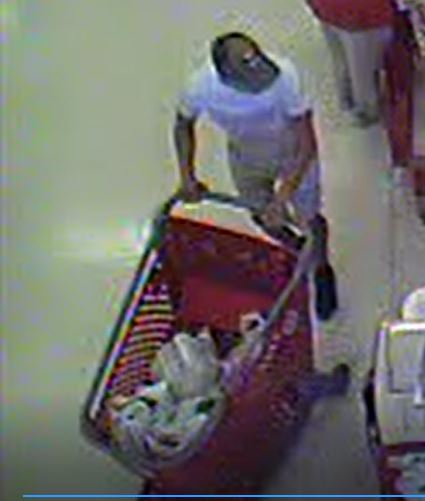 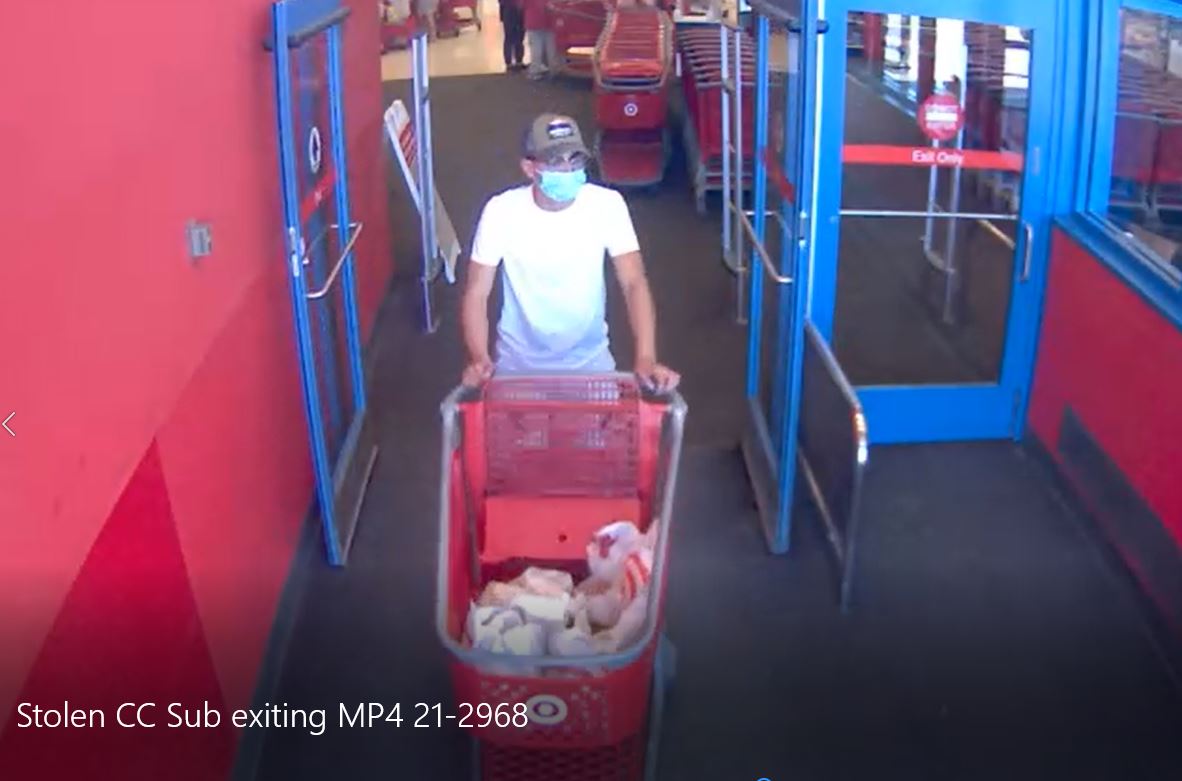 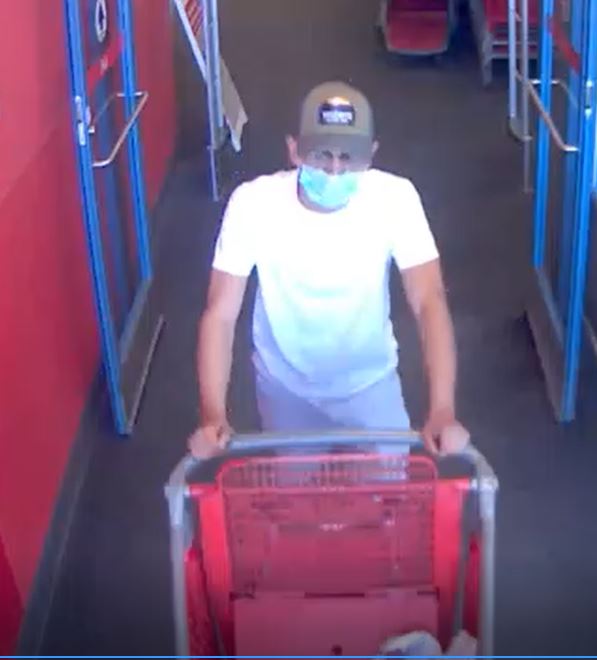 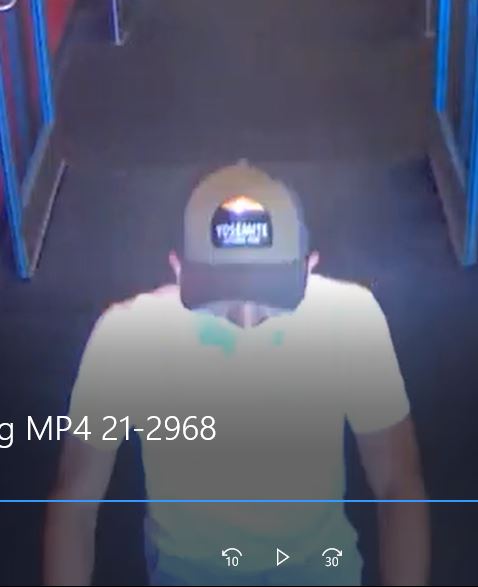