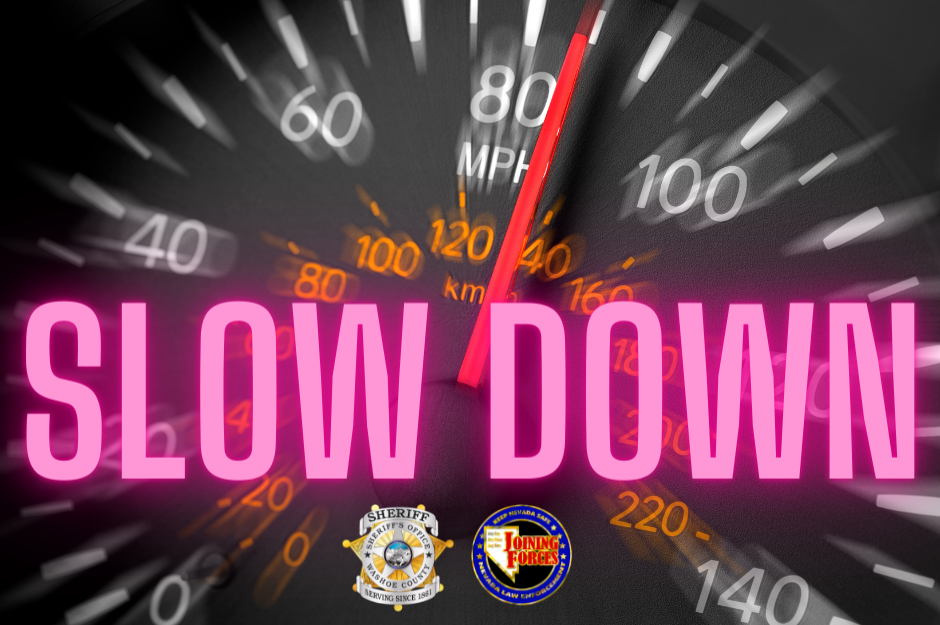 Washoe County Sheriff Darin Balaam announced today deputies will be participating in a Joining Forces speed enforcement campaign during the first weeks of summer as part of ongoing efforts to increase safety on Nevada’s roads and highways.

“As driving increases with summer vacation and the Fourth of July weekend, our deputies plan to do all they can to help travelers get to their destination safely,” Sheriff Balaam said. “I ask the driving public to do their part by always driving at safe speeds, focusing on the road, and never driving while under the influence.”

From July first through July 12th, 2021, the Sheriff’s Office, along with other regional law enforcement partners, will dedicate extra patrols to enforce speed safety laws.

The goal of this enforcement campaign is to help save lives by increasing public awareness about the dangers of making poor choices while driving.