The Washoe County Sheriff’s Office is seeing an increase in Driving Under the Influence (DUI) arrests and bookings at the Detention Facility.

The Washoe County Sheriff’s Office reminds those enjoying the return to events this summer, if you are driving -- include arrangements to ensure no one will be driving under the influence. A designated driver, phone call to a trusted friend, or a rideshare or taxicab for a ride home is always a person’s best option. 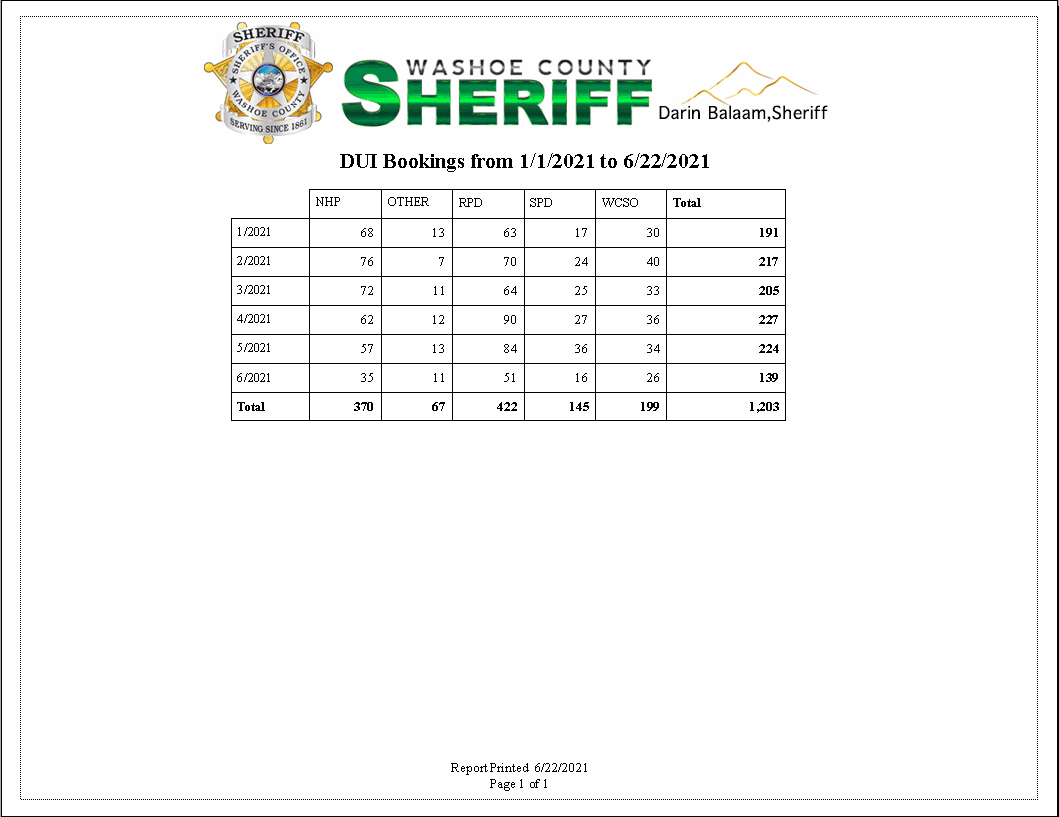 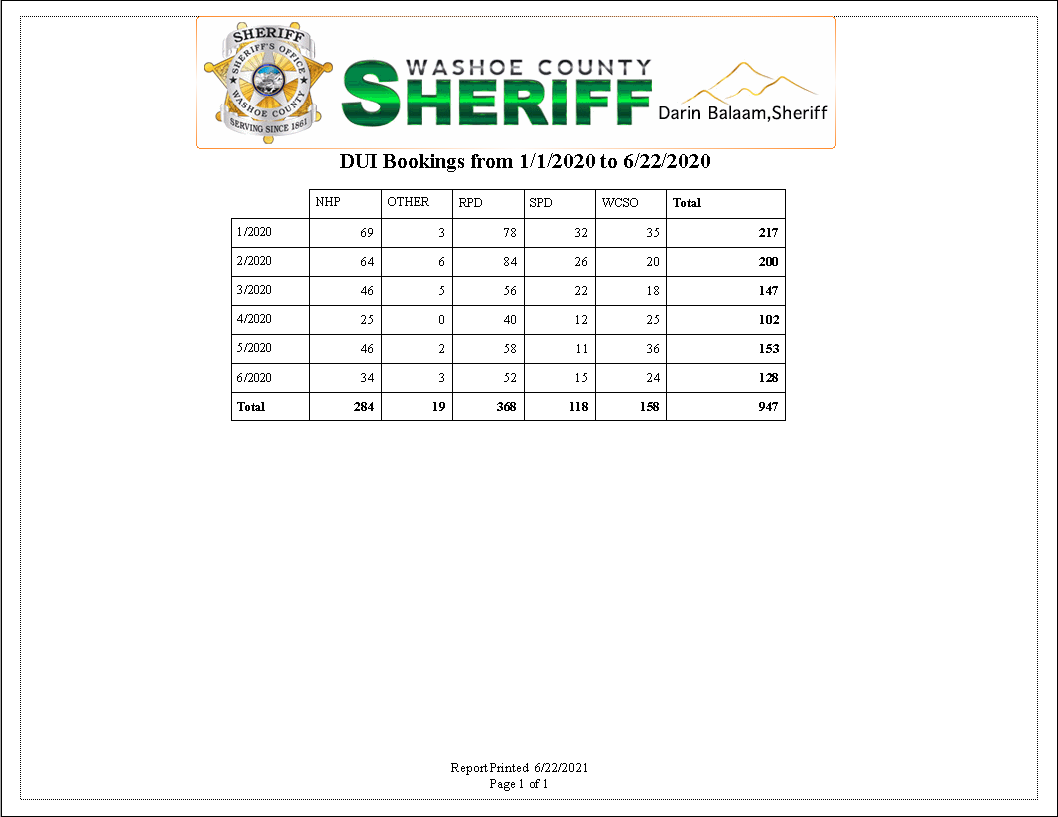 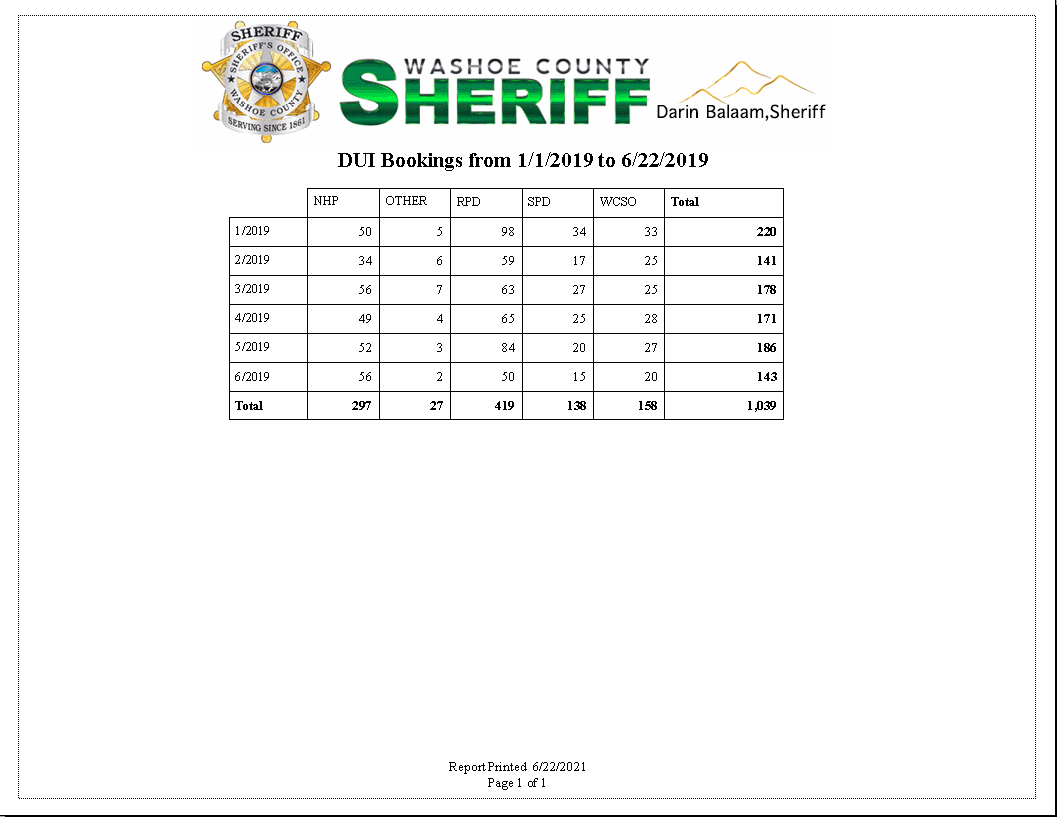