Potential victims are sent an email which appears to be from McAfee Total Protection, an antivirus internet security software. The email states that the person has been automatically renewed at a cost of nearly $300 which will be reflected on the potential victim’s bank account within 24 hours. If the person does not wish for their subscription to the fake McAfee Total Protection, they are directed to call the cancellation department or billing helpline number.

Potential victims who have called that number indicate a “representative” attempts to solicit and confirm personal identifying information. Additionally, the “representative” asks for a bank account number in order to verify the “refund” of a renewal payment processes accordingly.

Detectives want to point out specific clues in the email which indicate it is fraudulent:

Convincing phishing scams work because they appear to be coming from a legitimate source. They also have a sense of urgency to them. In this particular scam, the potential victims are told they must call for a refund within 24 hours of the email being sent.

Tips to protect yourself:

Anyone who has received this email, or similar correspondence, is encouraged to dismiss and delete the communication. If you have suffered a loss as a result of this, or similar, phishing scams contact the Washoe County Sheriff’s Office Detectives Division at (775) 328-3320. 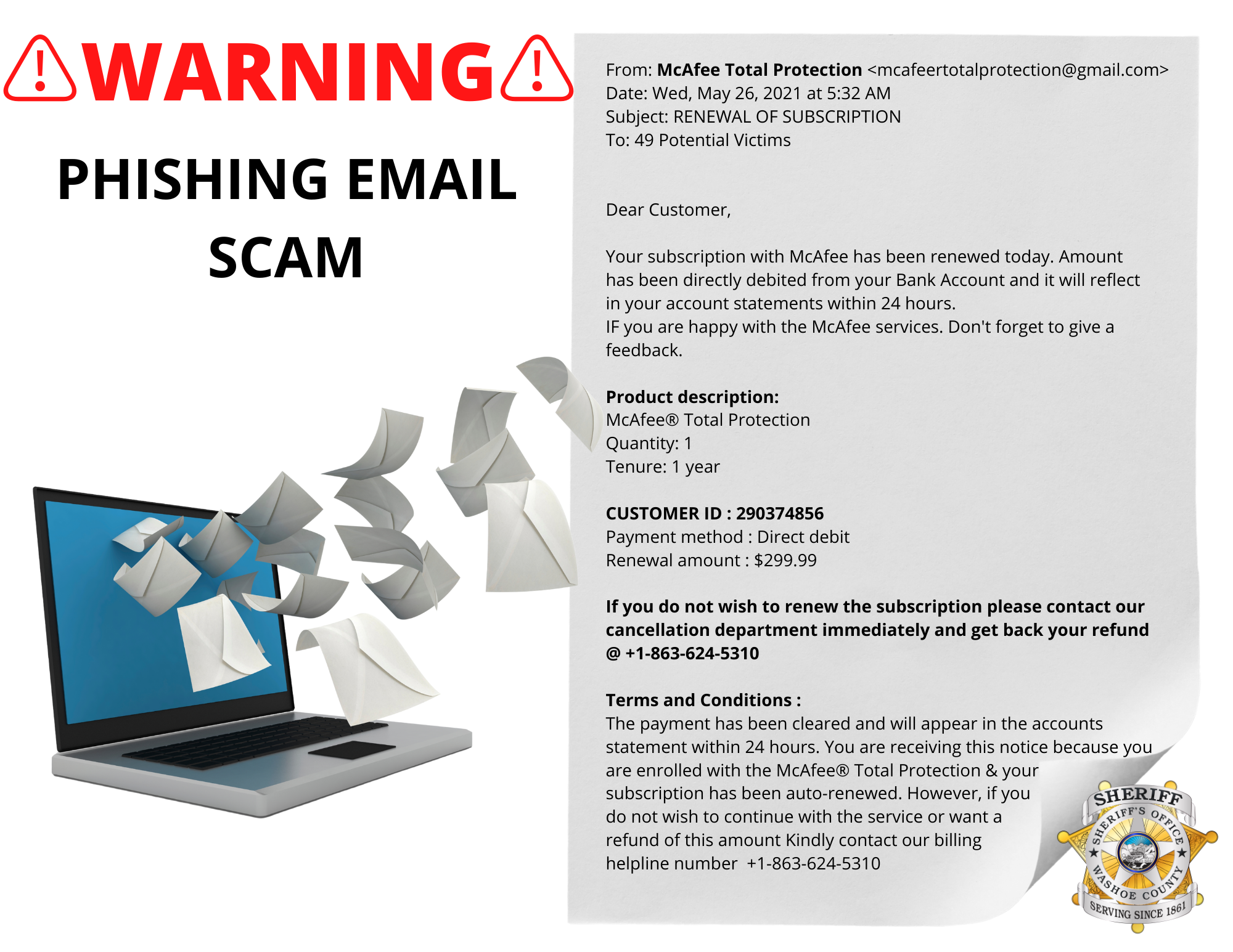