On April 5, 2021 Sheriff Darin Balaam announced that Patrol Deputies would respond in-person to all burglary crimes with the express goal of reducing vehicle and residential burglary crimes by 15% within one year’s time.

Between April 5, 2021 – May 21, 2021 deputies have responded to 22 total vehicle burglary cases in unincorporated Washoe County. With partnership from community members actually reporting these crimes, the Washoe County Sheriff’s Office can canvass the areas hit by criminals, gather information, evidence, and increase patrols. Thanks, in part, to intelligence gathered in target neighborhoods – investigators want residents who live south of Pembroke Drive and north of Short Lane to be aware of their surroundings and take safety precautions.

Research shows more than half of property crimes, like vehicle burglaries, are not reported to law enforcement because victims “Don’t think anything will happen,” or “They won’t get their items back.” Another reason victims tend to not report past-tense burglaries is, oftentimes, banks or insurance companies replace the value of the loss.

Vehicle burglaries were identified as one of the top crimes in the region in the recent Washoe County Sheriff’s Office Community Survey. Results were published March 19, 2021. 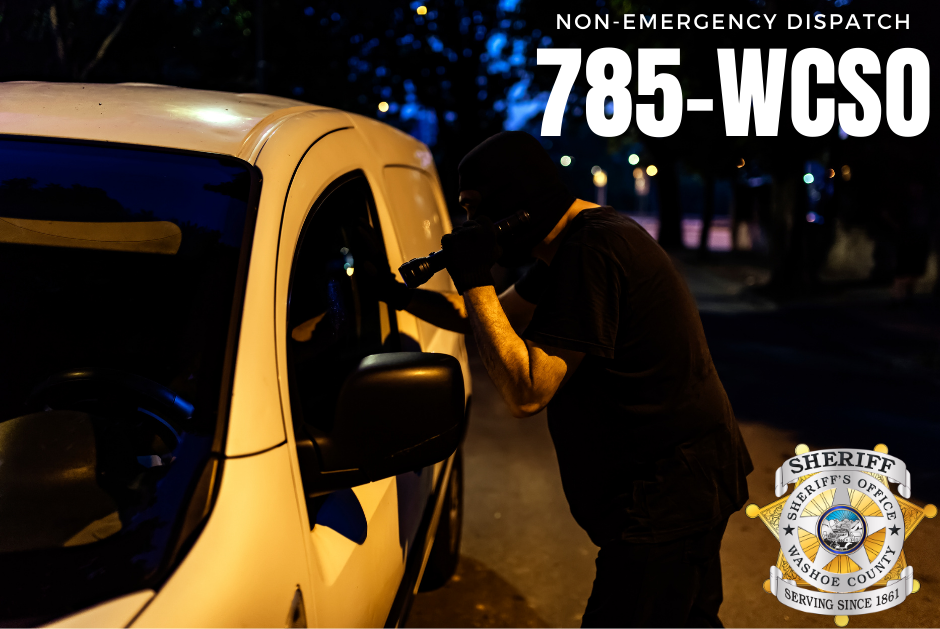