The Washoe County Sheriff's Office is proud to partner with Join Together Northern Nevada and other community partners in National Prescription Drug Take Back Day.

This Saturday, April 24, 2021 from 10 a.m. to 2 p.m. community members can safely rid their homes of potentially dangerous expired, unused, and unwanted prescription drugs during the Prescription Drug Round Up. Residents can bring medications for disposal to several convenient locations:

The Prescription Drug Round Up is taking unused or expired prescription drugs in their original containers, over-the-counter pills, prescription liquids, and pet medications. We encourage the public to mark out the patient's name on the bottle prior to disposal.

The service is free and anonymous, no questions asked.

A common method of disposing unused medicines, flushing them down the toilet or throwing them in the trash, both pose potential safety and health hazards. 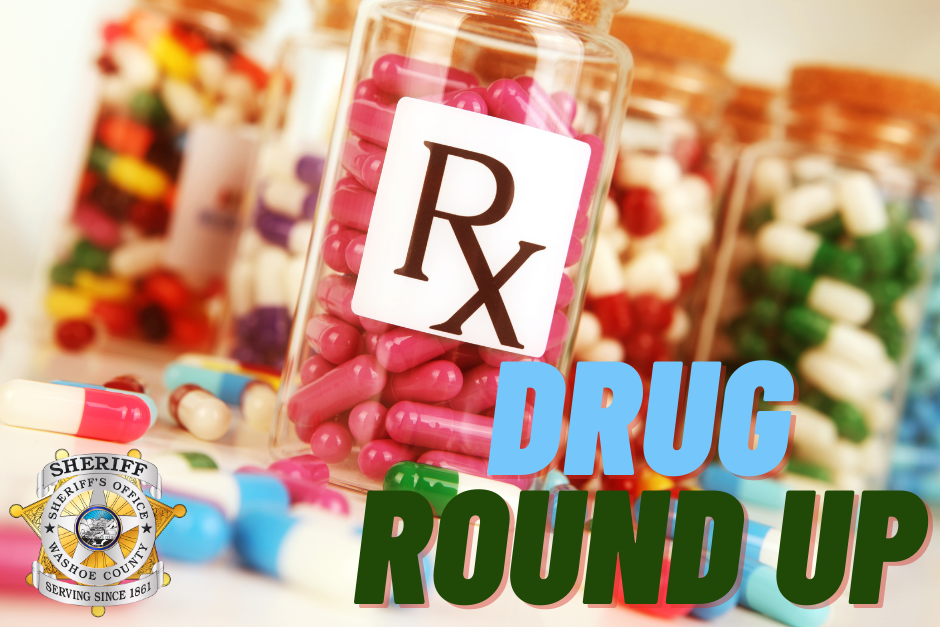