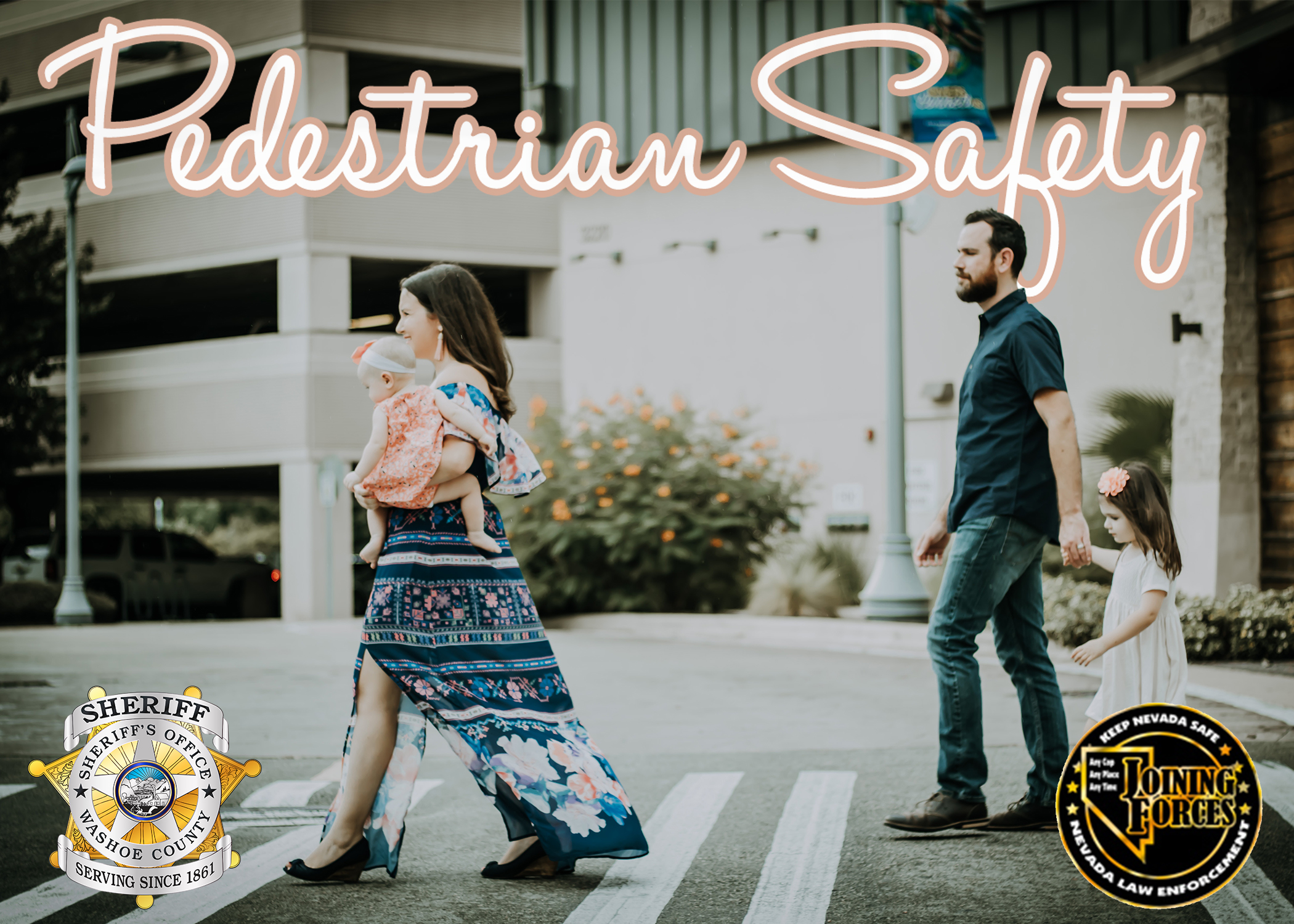 Most tragedies that result from traffic crashes are preventable. This is the firm belief of public safety agencies throughout Nevada, including the Washoe County Sheriff’s Office.

The Sheriff’s Office is currently participating in a multi-agency Joining Forces campaign aimed at reducing vehicle versus pedestrian crashes by increasing enforcement and awareness of traffic safety laws.

Between February 22nd through March 8th, the Sheriff’s Office is joining forces with other northern Nevada agencies to heighten enforcement of the state’s pedestrian safety laws through the dedication of extra traffic patrol deputies. Funding for these extra patrols is made possible by a Joining Forces grant received from the Nevada Department of Public Safety/Office of Traffic Safety.

All road users, drivers and pedestrians should be aware of these safety reminders:

No matter what form of transportation you use, take responsibility for others around you and respect their right to use the road. Make sure that you are predictable, alert, and focused on your safety and on the safety of those around you.

Joining Forces is a multi-jurisdictional law enforcement program aimed at reducing injuries and crashes through statewide enforcement in the areas of: DUI, speed, distracted driving, seat belt and pedestrian safety. The goal of these enforcement campaigns is to save lives by increasing public awareness about the dangers of making poor choices while driving.

For the latest statistics about Nevada’s pedestrian crashes from Zero Fatalaties click here.