Deputies were called to the residence on La Posada Court around 12:30 p.m. on July 26, 2021. Deputies were informed that a woman was being attacked by a stranger in her home, and her two teenage children were battling with the stranger to get him off their mother.

With the information they had the first two deputies on scene believed the three residents were in a battle for their lives, announced themselves, and made entry into the home. They found Reynolds and the children in a struggle, and immediately attempted to restrain Reynolds. Additional deputies were needed to ultimately restrain Reynolds who continued to fight and ignore commands. Reynolds displayed signs and symptoms of an altered level of consciousness and was taken to an area hospital for evaluation.

The primary victim has several injuries to her face. She says she answered the front door, only opening the entry about two inches, Reynolds forced himself into her residence and immediately started assaulting her. Her 17-year-old daughter placed Reynolds in a chokehold from behind; however, Reynolds would not release the primary victim. The victim’s 19-year-old son was successful in separating Reynolds from the mother, and it was in the aftermath of the separation when deputies made entry.

“I am profoundly awed by the courage and tremendous resolve shown by the victims in this incident,” said Sheriff Darin Balaam. “I am also exceptionally proud of our Patrol Deputies who identified the exigency of this particular call. Their safe and efficient response, and their restraint in handling the suspect by using only the amount of force necessary to bring this incident to a peaceful resolution limited unnecessary injury to not only Reynolds, but themselves.” 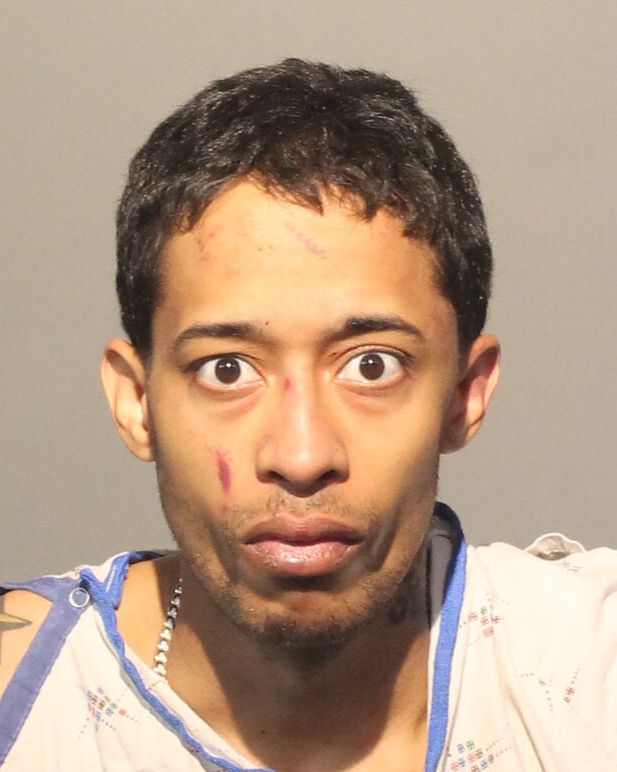