"In the last month our graffiti caseload has grown - and those are just the reported cases," Sheriff Balaam said. "Tagging on buildings and in neighborhoods tends to increase during the summer and that is why it is so important for members of our community to report graffiti to us right now. Removing graffiti is a priority for the Sheriff's Office because defacing places in our community is unsightly and has a negative effect on everyone."

Graffiti is the #1 property crime in Northern Nevada and can greatly affect property values. It is estimated that up to $25,000 can be reduced from the appraised value of a home when there is visible graffiti in the area.

"Our deputies are tracking and patrolling throughout Washoe County to find tags and continue to help build a safe and healthy community for us all to enjoy," Balaam added.

The most effective way for members of the community to report graffiti is by downloading the Washoe County Sheriff's Office free mobile app. Anyone who sees graffiti in their neighborhood is able to upload a picture of the graffiti which will be sent (along with the GPS coordinates) to the Sheriff's Office. Investigators would prefer community members to provide their names and email addresses as well; however, that information isn't mandatory.

While traditional gangs are active in placing graffiti, more than 80% of graffiti is placed by graffiti vandals called "taggers". Most taggers belong to gangs called "tag crews", or "tag krews". Taggers will most often tag walls and areas which are highly visible to the public and other taggers. This is how they achieve their mission and gain fame. More daring taggers will use repelling gear, drop ladders, ropes, roll ladders or other means to tag bridges, overpasses and freeway signs. The more difficult the location, the more fame a tagger will gain. Occasionally taggers will vandalize police vehicles and buildings. It is a sure way to gain fast credibility in the graffiti world. 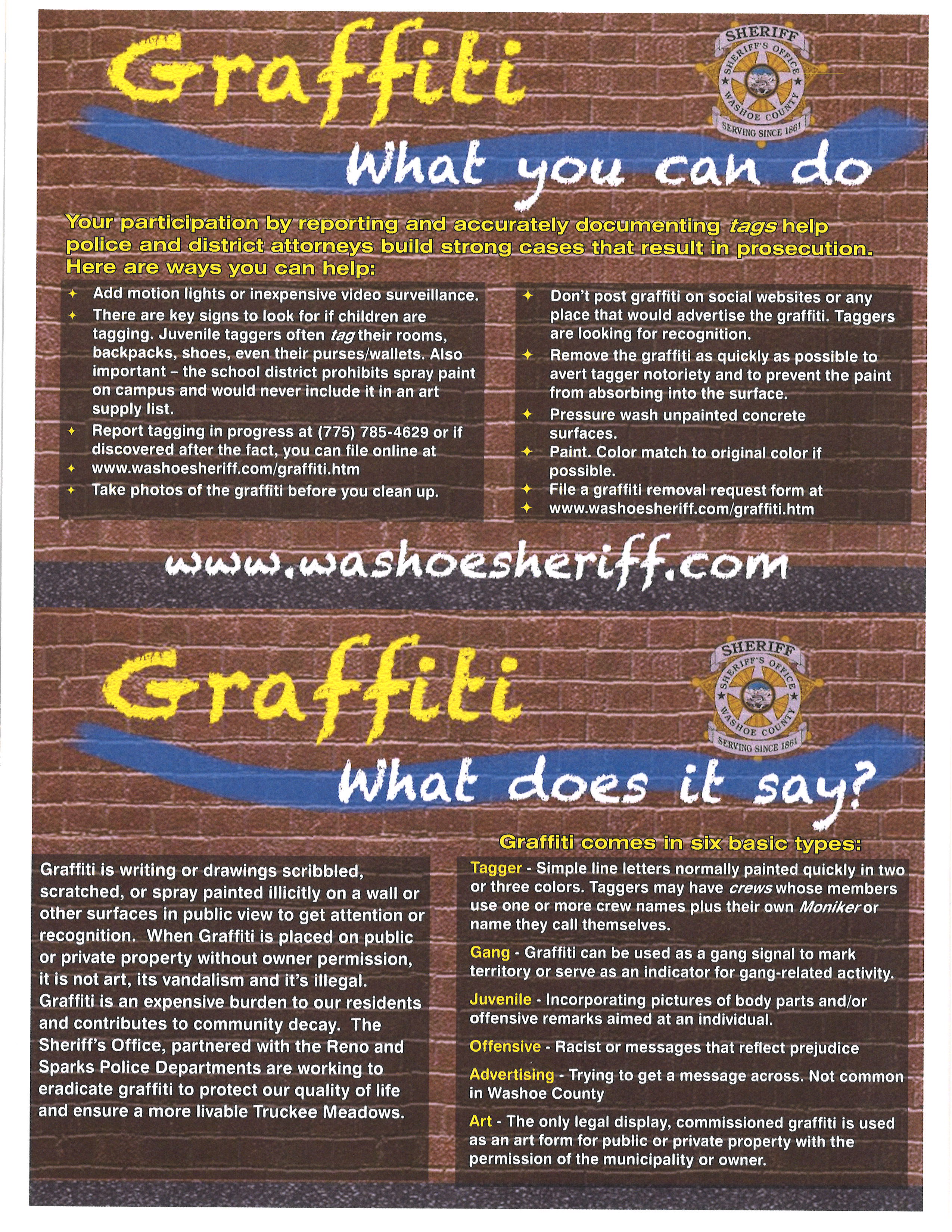