A four-month-old German Shepherd puppy, stolen nearly a month ago, is back at home today after deputies located the dog and were able to reunite it with its rightful owner.

According to the puppy's owner, "Little Dude" was stolen from her vehicle at approximately 8:30 p.m. on Friday, October 18, while the vehicle was parked outside a convenience store on Sun Valley Boulevard.

In the early morning hours of November 11, 2019, the victim contacted the Sheriff's Office to report seeing two people matching the suspects' description inside a casino in Sun Valley. Deputies responded and made contact with the suspects. Both were arrested on charges related to vehicle burglary.

After further investigation, Deputies Asa Aninao and Nicholas Ediss discovered that the puppy had been sold to a Reno woman who was unaware that the dog had been stolen. Deputies located the woman who purchased the puppy. She willingly gave "Little Dude" to the deputies to return to the victim.

At approximately 1:30 a.m. this morning, Tuesday, November 12, "Little Dude" and his rightful owner were joyfully reunited at the Sheriff's Office.

Photo 1: "Little Dude" is reunited with his rightful owner outside the Washoe County Sheriff's Office on Parr Boulevard at approximately 1:30 a.m. on Tuesday, November 12. "Little Dude" had been stolen from the victim's vehicle on October 18. 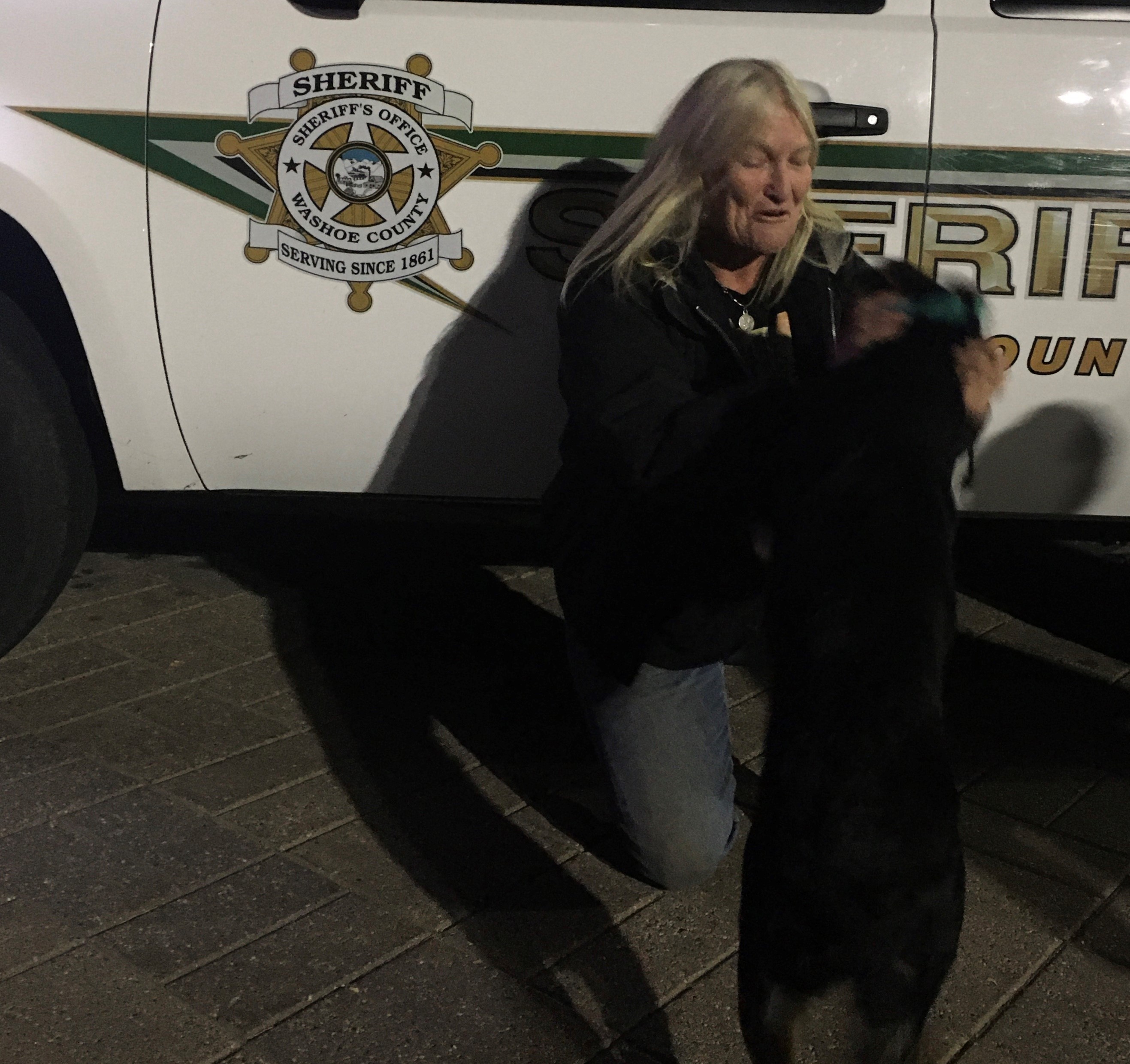 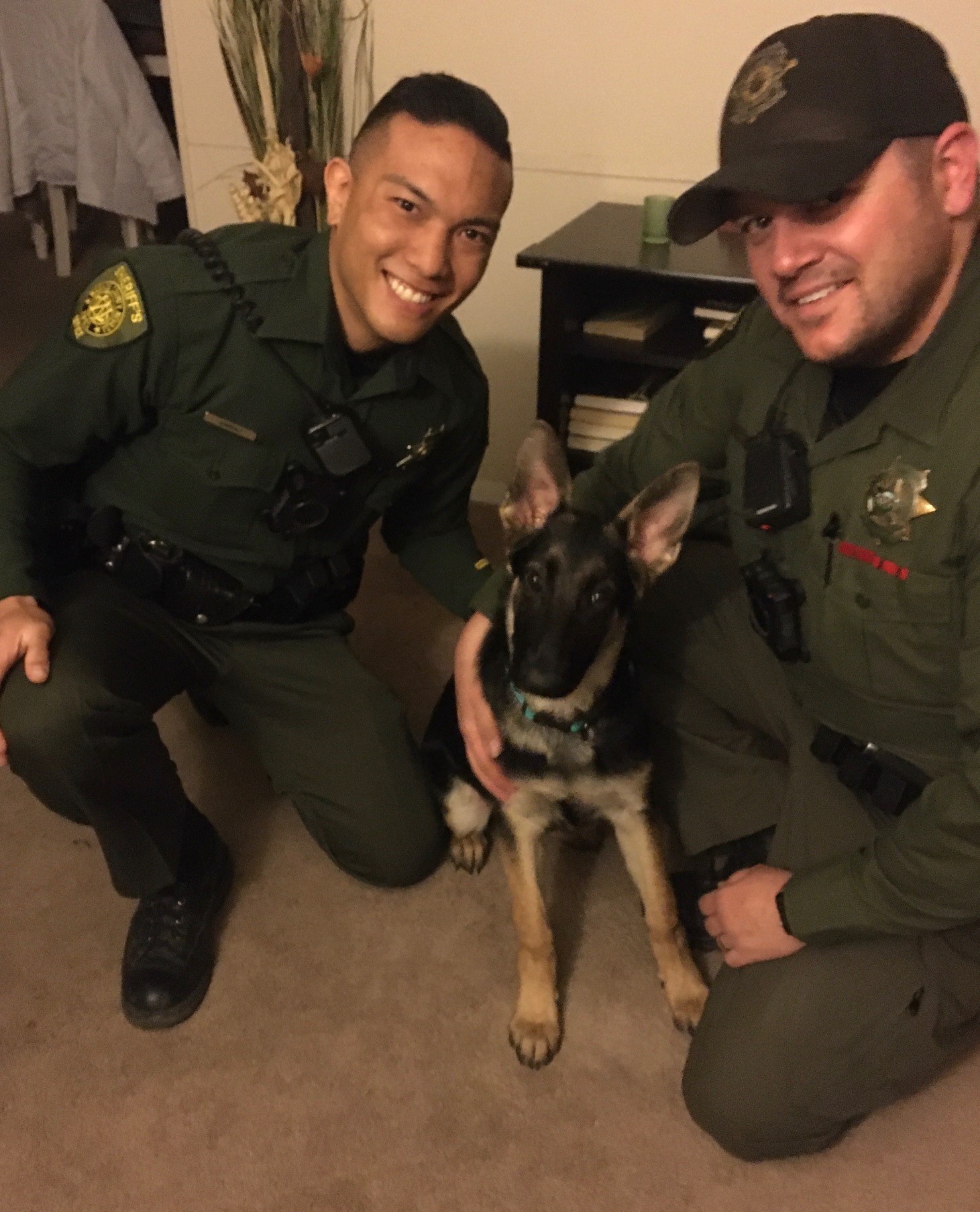