A murder investigation that has baffled investigators for more than three decades has been solved thanks to new DNA technologies and some incredibly hard work by a team of law enforcement investigators and genealogists.

"This is an incredible story and I am extremely proud of the work done by everyone who took part in this case over the past three decades," Washoe County Sheriff Darin Balaam said. "Even taking advantage of new genealogical technologies, a great deal of investigative work was done by Sheriff's Office staff working this case. A reminder that the pursuit of justice never sleeps here at the Washoe County Sheriff's Office."

The investigation began on July 17, 1982. The female victim of a shooting was found near a popular hiking trail in the Sheep's Flat area located just off the Mt. Rose Highway a few miles above Incline Village on the Nevada side of Lake Tahoe.

The victim had no identification or jewelry. She appeared to be dressed for a day at the lake in a powder blue t-shirt, blue jeans, yellow tennis shoes, and a bathing suit under her clothing.

With no means of identification, she became known as Sheep's Flat Jane Doe.

Initially the victim was believed to be of European origin based upon an inoculation scar and unique dental work. Forensic comparisons (DNA, fingerprints, and dental records) excluded hundreds of reported missing persons who matched the general physical description of the victim.

In 2015, Detective Dave Jenkins with the Washoe County Sheriff's Office Cold Case Unit put forward a fresh theory that the victim may have come from the western United States. Detective Jenkins believed she may have become voluntarily estranged from her family and/or friends in the years prior to the murder which would explain why no missing person reports were found for her.

Detective Jenkins hoped that, based on this new theory, someone may have known of a young woman who left her family in the late 1970s early 1980s and who has not been heard from since.

In February 2018, criminalists with the Sheriff's Forensic Science Division attended a lecture on forensic genealogy presented by Dr. Colleen Fitzpatrick of Identifinders International and the DNA Doe Project during the annual meeting of the American Academy of Forensic Science in Seattle.

Detectives and criminalists believed these organizations could help with the ongoing Sheep's Flat investigation and the Sheriff's Office began working with them in April 2018 to try and identify the victim and the suspect.

DNA samples from Sheep's Flat Jane Doe were sent to a private DNA lab and the resulting file was uploaded to the DNA database GEDMatch to try and identify family members. During this time it was announced that these same techniques were used successfully in the Golden State Killer investigation.

Based on the GEDMatch results, the DNA Doe Project was able to determine that Jane Doe was the biological daughter of John and Blanche Silvani of Detroit, Michigan.

This focused the investigation on the Silvani's only daughter, Mary Edith Silvani, who was born in Pontiac, Michigan on September 29, 1948.

Based on a set of fingerprints provided by the Detroit Police Department from a 1974 misdemeanor arrest, Washoe County Sheriff's Office detectives and criminalists were able to confirm the identity of Sheep's Flat Jane Doe as Mary Silvani.

In August of 2018, Washoe County's Chief Medical Examiner Laura Knight provided a letter as proof of death for Mary Silvani and her death certificate has since been amended.

The only known photo of Mary is a photo of the Class of 1966 from Detroit's Mackenzie High School's yearbook.

Even though Mary Silvani was identified as the victim in this case in late summer of 2018, detectives chose not to release her identity at that time as the murder investigation was ongoing and the identity of the suspect was still unknown.

The suspect was much more difficult to identify.

DNA evidence from the crime scene had been entered into the FBI's criminal DNA database CODIS but no matches were found.

Last year, the Sheriff's Office worked with Dr. Fitzpatrick, an internationally recognized forensic genealogist, in an effort to identify the suspect's family.

The suspect's DNA was sent to a private DNA lab and uploaded to GEDMatch. Dr. Fitzpatrick and a group of dedicated genealogists from Identifinders International performed what would amount to more than two thousand hours of research.

The Identifinders team found that the suspect was the grandson of a couple who lived in the Dallas, Texas area. The couple had three sons but only one known grandson. Additional investigation cleared that grandson of being the suspect in the Sheep's Flat case and indicated the suspect was an illegitimate child fathered by one of the sons.

Through the tenacity of genealogist Cheryl Hester, the suspect's mother was identified as one of two sisters who lived in the same neighborhood in Dallas, had a son out of wedlock, and raised him under a different family name.

Curry was born in Texas in 1946. During his time in Texas, he was arrested for robbery and sentenced to prison in Huntsville. He was released in 1977 and moved to Waukena, California where he was reported to have worked at J & M Locksmith.

Based on evidence found at the scene where the Santa Clara murder victim was located, investigators suspected Curry may have also murdered a coworker from Waukena however, that victim's remains have not been located.

Curry attempted suicide after being taken into custody and was pronounced dead January 7, 1983.

Washoe County Sheriff Balaam expressed his agency's appreciation to the tireless efforts of Dr. Margaret Press, Dr. Colleen Fitzpatrick, and the passionate genealogists who assisted the DNA Doe Project and Identifinders International. Sheriff Balaam also acknowledged the hard work and dedication of the Sheriff's Office Detective Division and Forensic Science Division staff in working this case over the years and bringing it to a successful conclusion.

Dr. Fitzpatrick described the case as an excellent example of the teamwork required to solve these cases.

"The genealogical research is only part of the story," Dr. Fitzpatrick said. "With so few family members still alive, and with the fragmentation of the Silvani family, our hard-won success story would never have been possible without the investigative efforts of the Washoe County Sheriff's Office."

Dr. Press added that the project was a valuable experience for the many passionate volunteers who work the DNADoe Project.

"We also wish to thank our volunteers for their dedication to this project. They invested about 2,500 just to identify Mary Silvani. Each of our cases has been an amazing learning experience," she said.

The DNA Doe Project, Inc. is a 501(c)(3) non-profit humanitarian initiative that works with law enforcement agencies, coroners, and medical examiners nationwide to identify John and Jane Does and return them to their families. More information available online at: dnadoeproject.org 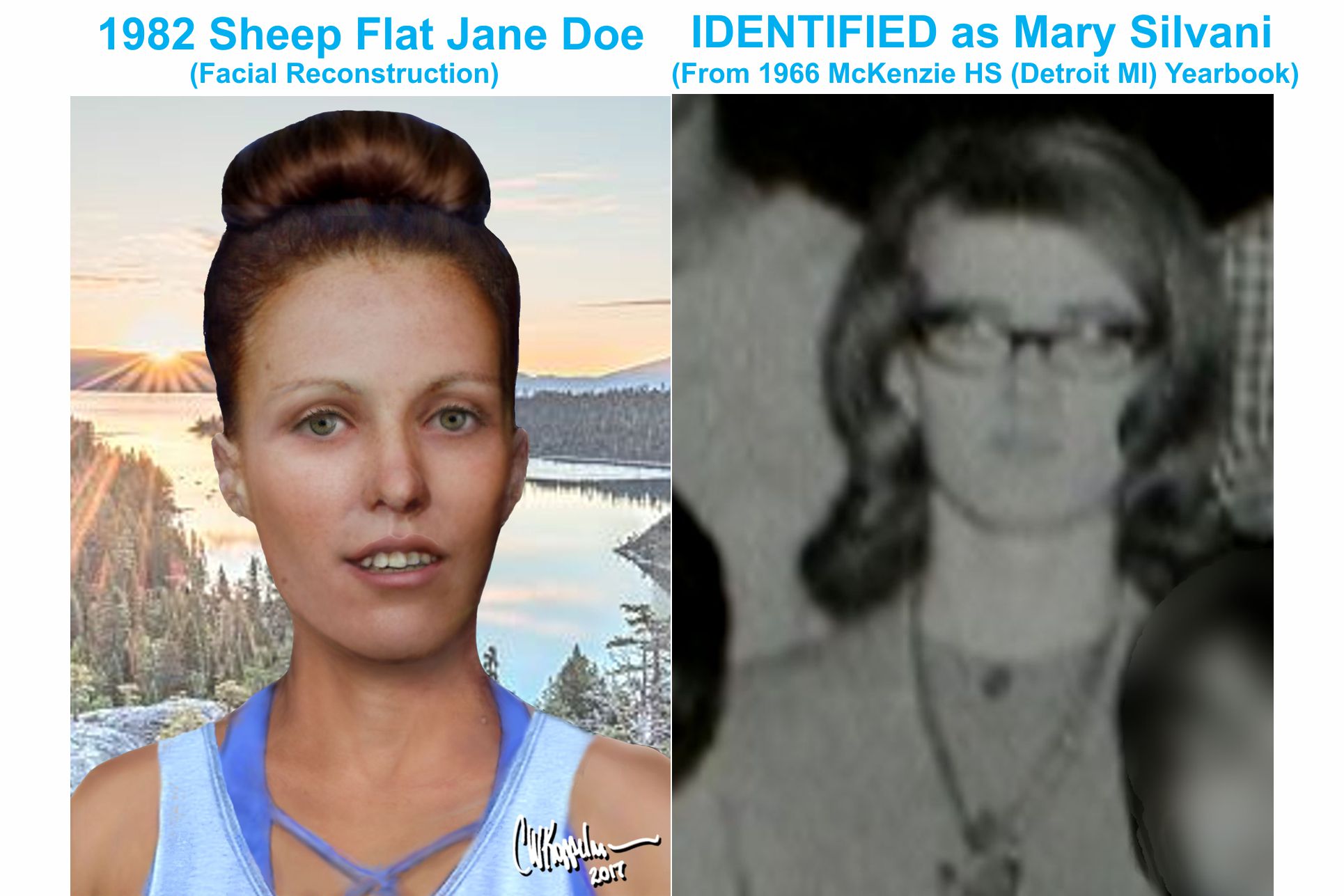 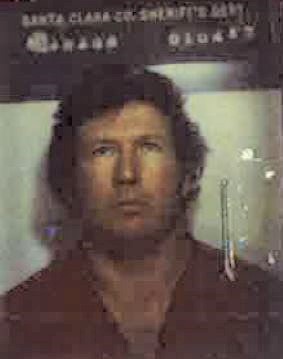 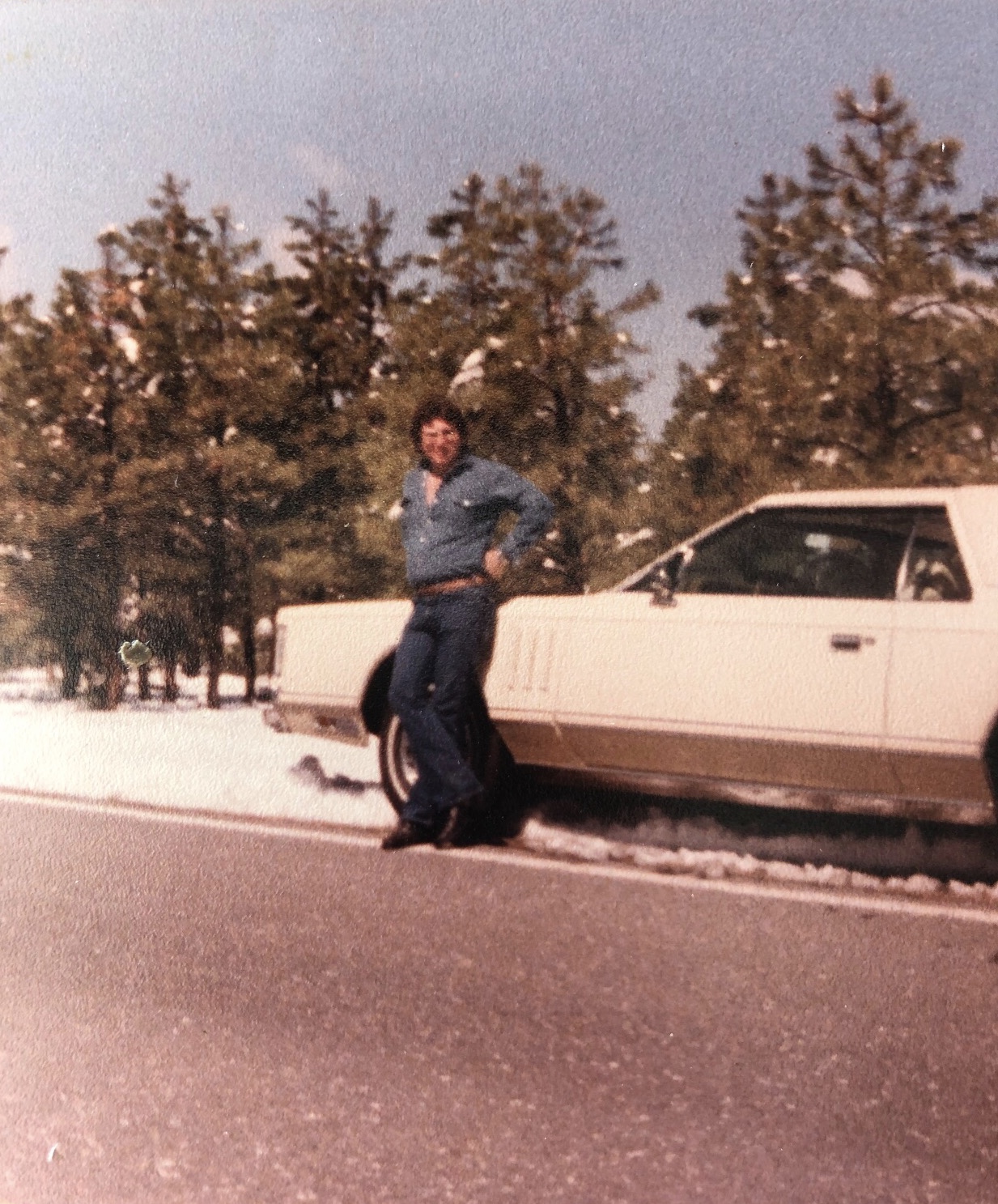