With many people in the Washoe County community beginning to feel an impact from the COVID-19 pandemic, Washoe County Sheriff Darin Balaam is proud to announce that he has re-instituted his office’s No Shave charitable giving campaign. "No Shave" is a way for Sheriff’s Office staff to give aid to those in need – but don’t expect to see any beards until after the current health emergency is over.

Here’s how the No Shave campaign works: in exchange for a charitable donation of $25, Sheriff Balaam has authorized male deputies to grow facial hair outside standard grooming policy. Female deputies are authorized to have relaxed hair standards and civilians may either take advantage of the relaxed grooming standards, or wear jeans or hats.

Sheriff’s Office staff have already raised more than $2,400 in the current effort. However, because beards are known to interfere with personal protective gear, such as masks, deputies won’t begin to grow their beards until after the health emergency is over.

“One of our deputies suggested using this tried and true campaign as a way for the Sheriff’s Office family to assist our community during these times,” Sheriff Balaam said. “I immediately agreed because so many staff members were already asking how they could support their fellow county residents.”

Photo: Washoe County Sheriff Deputy Gomez sanitizes his hands after contributing to the No Shave campaign just re-instituted by Sheriff Balaam. The No Shave campaign is a way for Sheriff's Office staff to help Washoe County residents in need. However, deputies won’t begin growing their beards until after the health emergency is over because beards are known to interfere with personal protective gear such as masks. 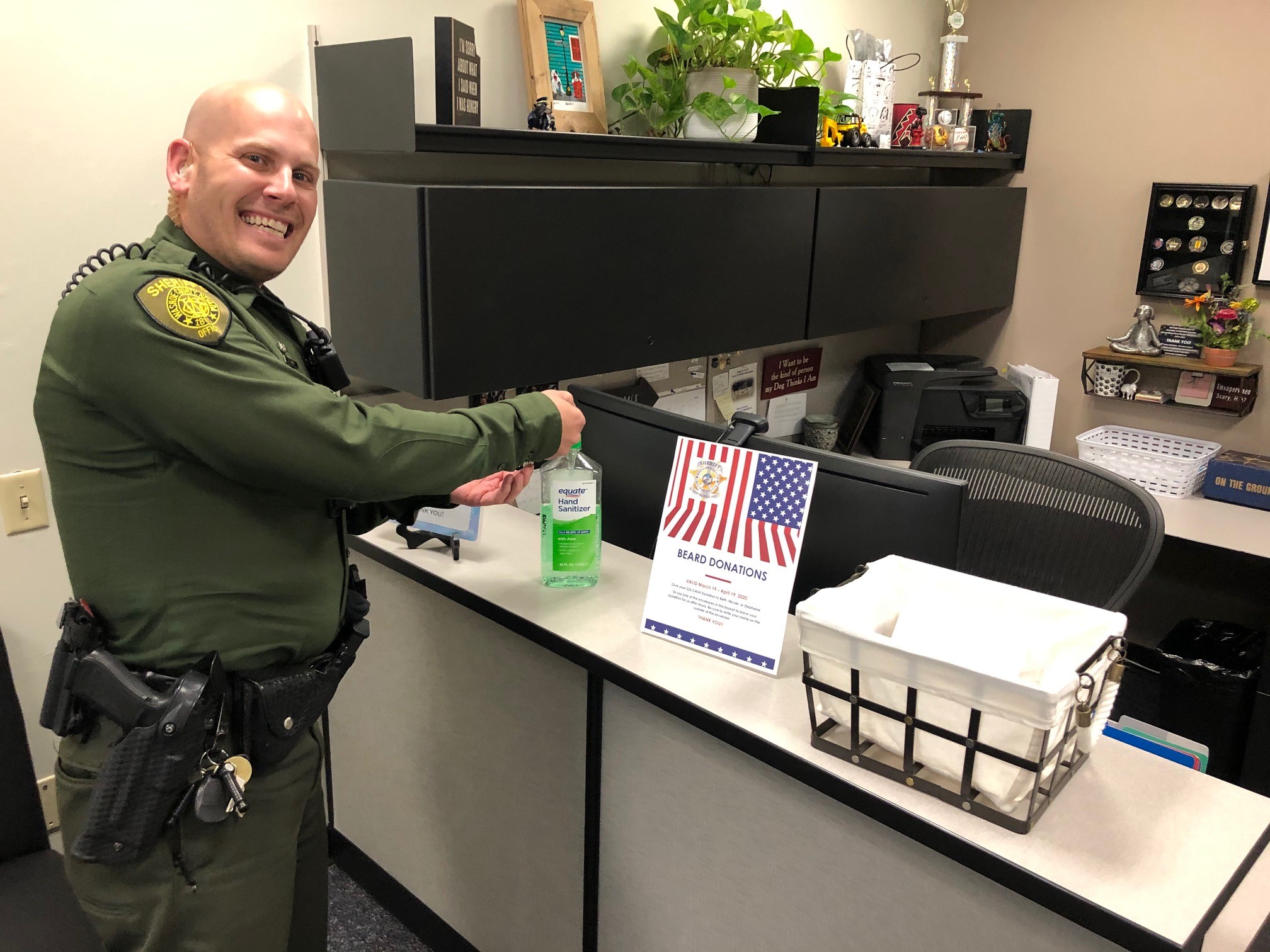